Breakfast was very close to lunch. Salad and a Jimmy Dean criossant for that and a small slice of birthday cake.

Read lots of news pages, played some solitaire, watched the rest of Gold Rush and some snippets of college football.

4 pm was at J's house, getting her Amazon firestick to work. She hates tech and is lousy at figuring it out. But we finally got to where she could turn on the TV and the firestick would come up on her Netflix or Prime Video favorites. The firestick UI and the remote are non-intuitive.

From there she drove us to World Market where she bought a boatload of dark chocolate Tim Tams. Then to a Starbucks we had not been in for a long time. People kept bringing their non-service dogs in, and there was the obligatory stupid woman who put a fake service jacket on her poodle. The baristas apparently don't know there's laws about that.

Home, salad and then finished the smoked turkey drumstick, and had too big a piece of birthday cake a la mode.

Long Lost Lives was interesting, though one search stopped short after connecting a birth dad GI with his half-Korean daughter. They did not try to find the mother, which is a shame because there may have been enough info in Korea to figure it out, especially with DNA from both the father and daughter.
Graham Norton was epic: Julie Andrews, Reece Witherspoon, Jennifer Anniston and Ian McKllen. Graham was careful to always refer to her as Dame Julie, but never called Ian "Sir". The musical guest was enjoyable for a change and a total DDG long-legged blonde, 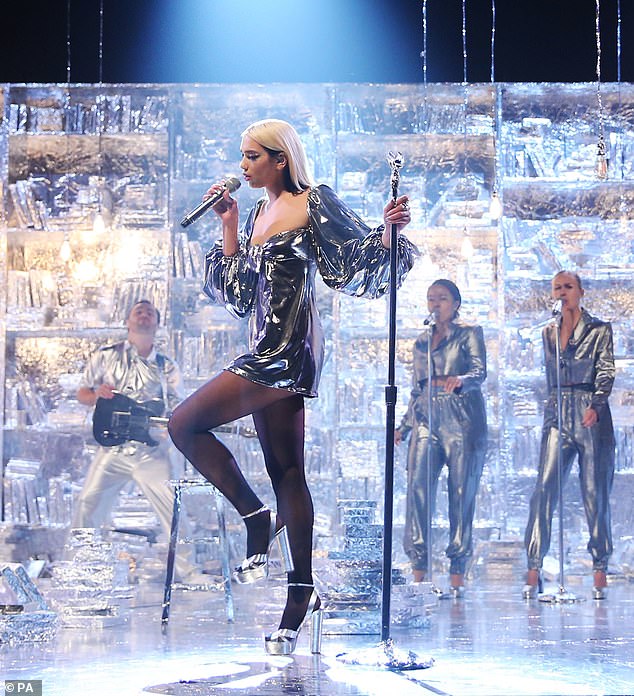 Plans for tomorrow:
Put away the three loads of laundry I did today
There may be a storm chaser or two to watch.
Unplug the car
Cut back the roses
Tighten the carport garden hose & water the plants
Watch football
Collapse